Throughout ASL Aviation Holdings we believe that our people are our greatest asset.

We have 6 core values: Safety, People, Reliability, Quality, Profitability and Innovation. 'People’ comes second only to ‘Safety’ which should always be the number one core value in an air transport organisation.

We have an incredible diversity of people in our organisation with nearly 3000 team members of 51 nationalities working as one to deliver a service that is beyond our customers’ expectations.

At ASL we offer a career, not just a job. Our global ASL family places the emphasis on work-life balance and the creation of a working environment where there are equal opportunities to grow for all our employees. 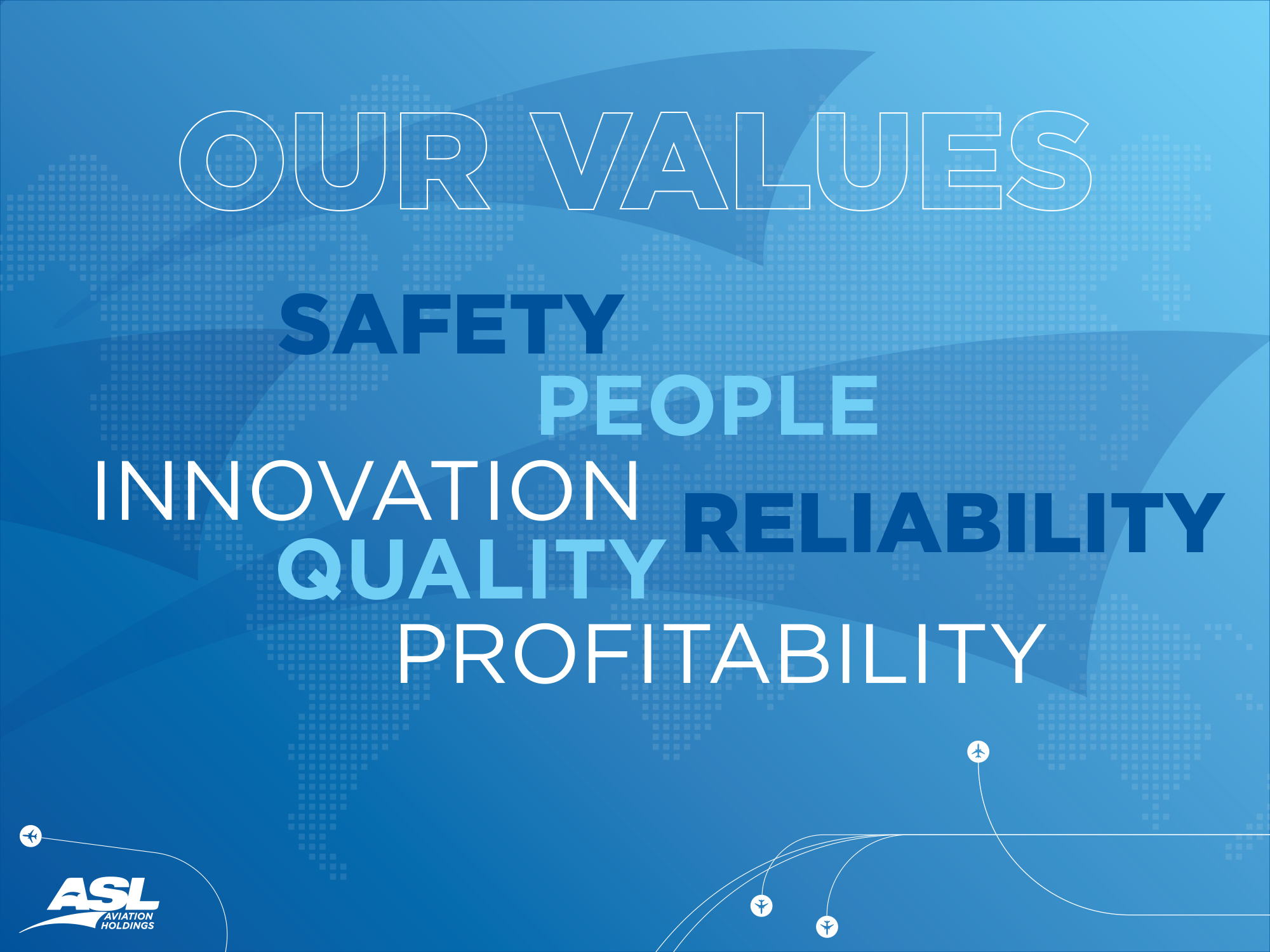 ASL’s airlines operate under their own brands and they also operate passenger and cargo networks on behalf of major international customers including express freight integrators and passenger airlines.

While some of the group airlines were founded more than 40 and 50 years ago, ASL Aviation Holdings’ foundation essentially began in 1998 and the company has been profitable every year since its incorporation. In 2017 group revenue exceeded U$1 billion. 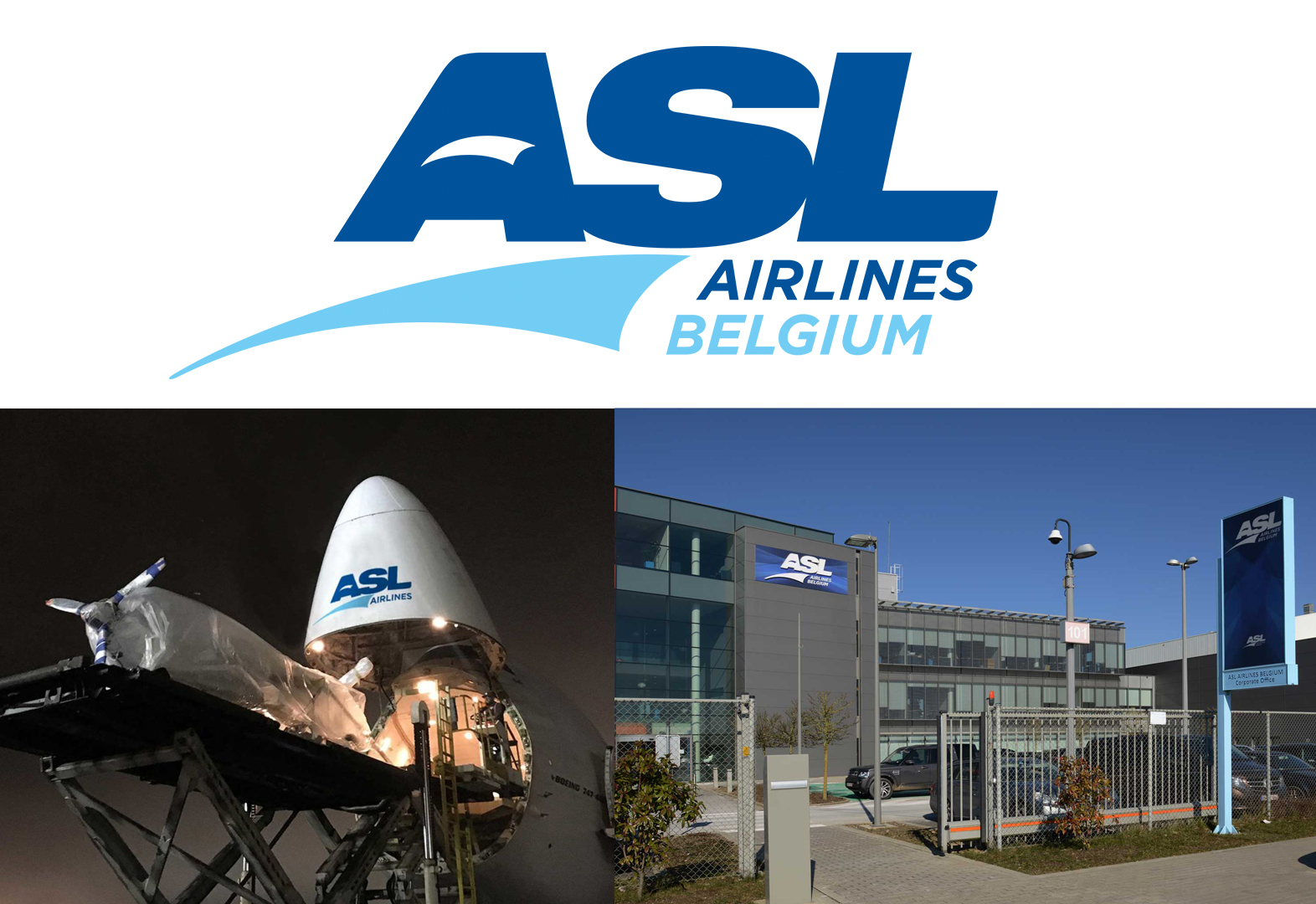 ASL Airlines Belgium operates worldwide using B737, B757 and wide body Boeing 747-400ERF freighters on scheduled flights under its own brand and for major express integrator customers. The global network includes major hubs in China, the United States and Dubai.

The airline operates an extensive European narrow-body freighter network for FedEx-TNT based out of the Eurohub in Liège Airport, Belgium. In addition to its own fleet, the airline also manages various third-party airlines providing aircraft for this network.

ASL Airlines Belgium was formerly TNT Airways. The airline was founded in 1999 and acquired by ASL Aviation Holdings in May 2016. Supplying the FedEx-TNT combination European network with the required aircraft numbers and aircraft types to meet their ever-changing network schedule remains the airlines main activity.

ASL Airlines France, certified ISO 9001/2008, is based in Paris-Charles de Gaulle and operates out of major French airports.

The airline operates its own network of scheduled passenger flights between France and Algeria and Morocco in North Africa and Israel. It also operates charter passenger flights throughout Europe for leading French, English and Spanish tour operators and brokers.

ASL Airlines France has been an operator of overnight postal flights for the French Postal service, La Poste, for many years and the airline can trace its roots back to L’Aeropostale and later Europe Airpost. 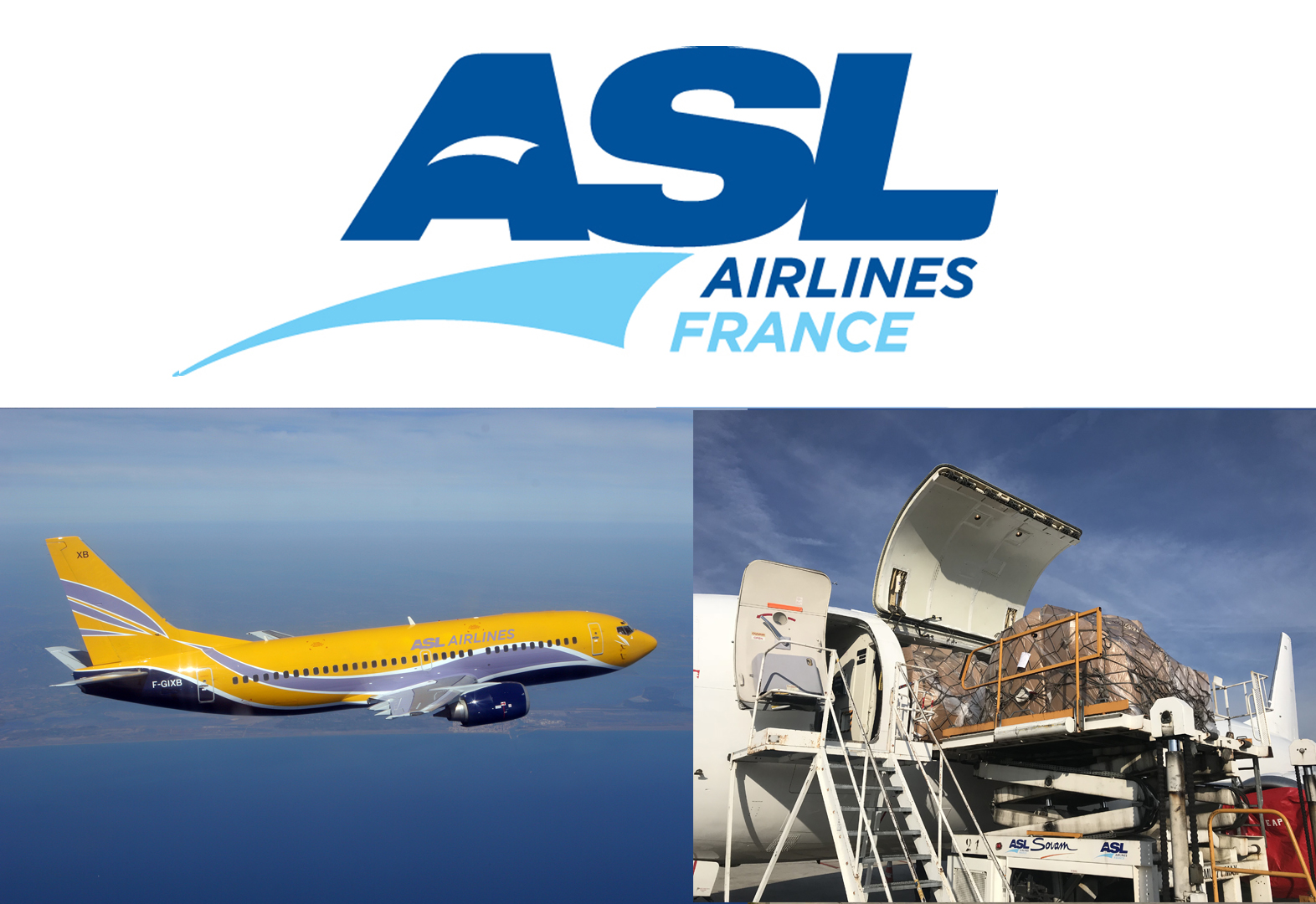 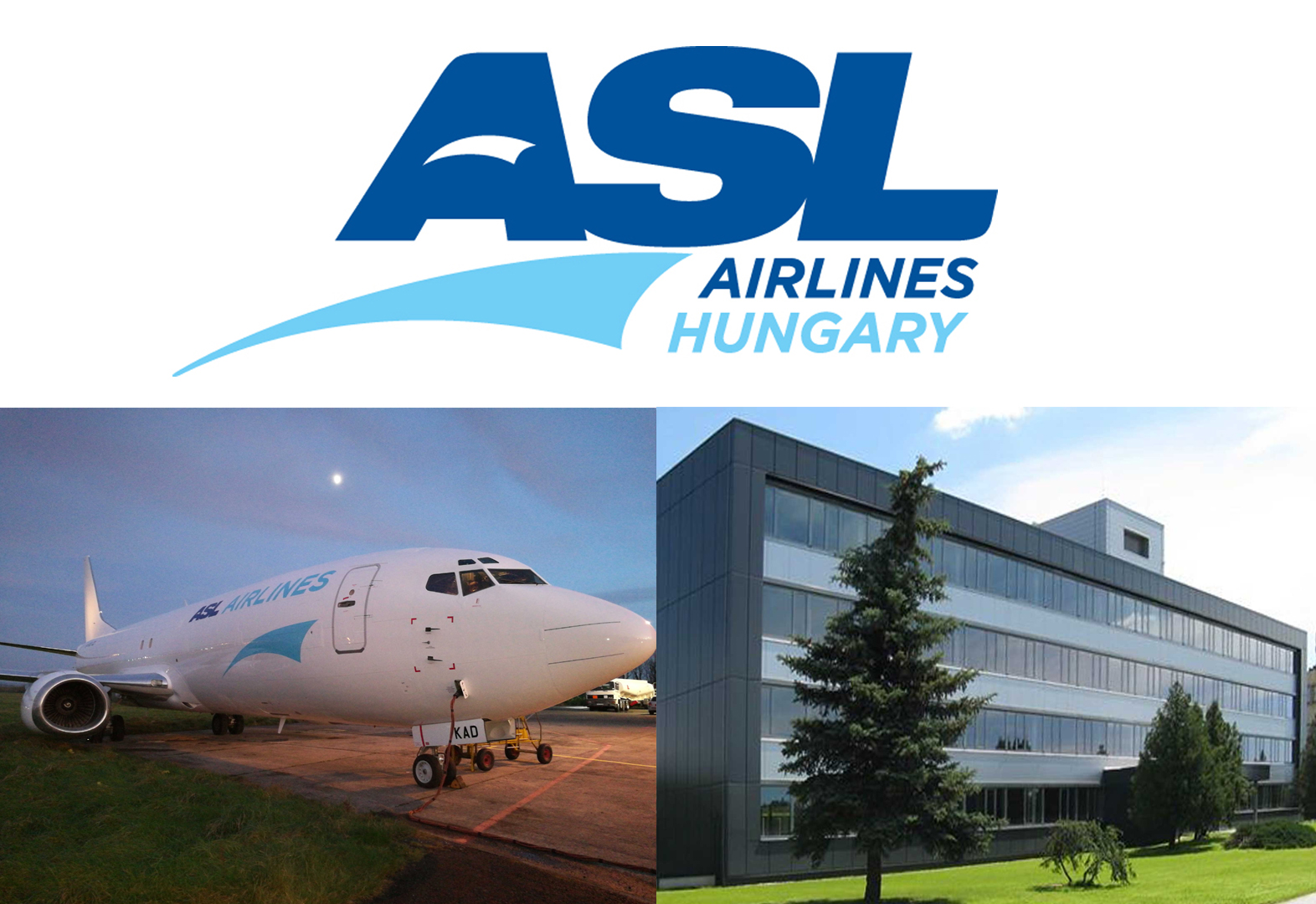 ASL Airlines Hungary is based at Budapest Liszt Ferenc International Airport, a hub of increasing importance in the Central-Eastern European market both for passenger and cargo operations. The airline’s base in Hungary combined with the country’s full EU-membership is particularly advantageous for its operations in Easter Europe and throughout the European continent.

ASL Airlines Hungary operates a fleet of B737 freighters on behalf of major express integrators over a network that stretches from Scandinavia to Romania, Italy, Greece, the United Kingdom and Ireland.

Formerly Farnair Hungary, the airline was acquired by ASL Aviation Holdings in December 2014 and within a few months it had moved from small Beechcraft aircraft to become a B737-400SF operator. The entire fleet is now made up of the Boeing freighter type.

A night time view of our operation in Hungary

ASL Airlines Ireland is one of Europe’s leading airlines with both historic cargo connections and strong passenger growth in recent years. The IOSA accredited airline specialises in the provision of air transport services for global express integrators and parcel carriers and for major passenger airlines.

With its corporate office and main base in Dublin, ASL Airlines Ireland also maintains aircraft and crew bases in 10 European countries and in Hong Kong. The airline’s operations span a network of more than 50 regular destinations across Europe, North America and Asia with a fleet of 40 aircraft.

Since 1972 ASLI Ireland has supplied its clients with high-quality, dependable aviation solutions, with an emphasis on flexibility and customer service. The company provides full-charter, long or short-term contract services, ACMI solutions, ad-hoc charters and consultancy and project management services. 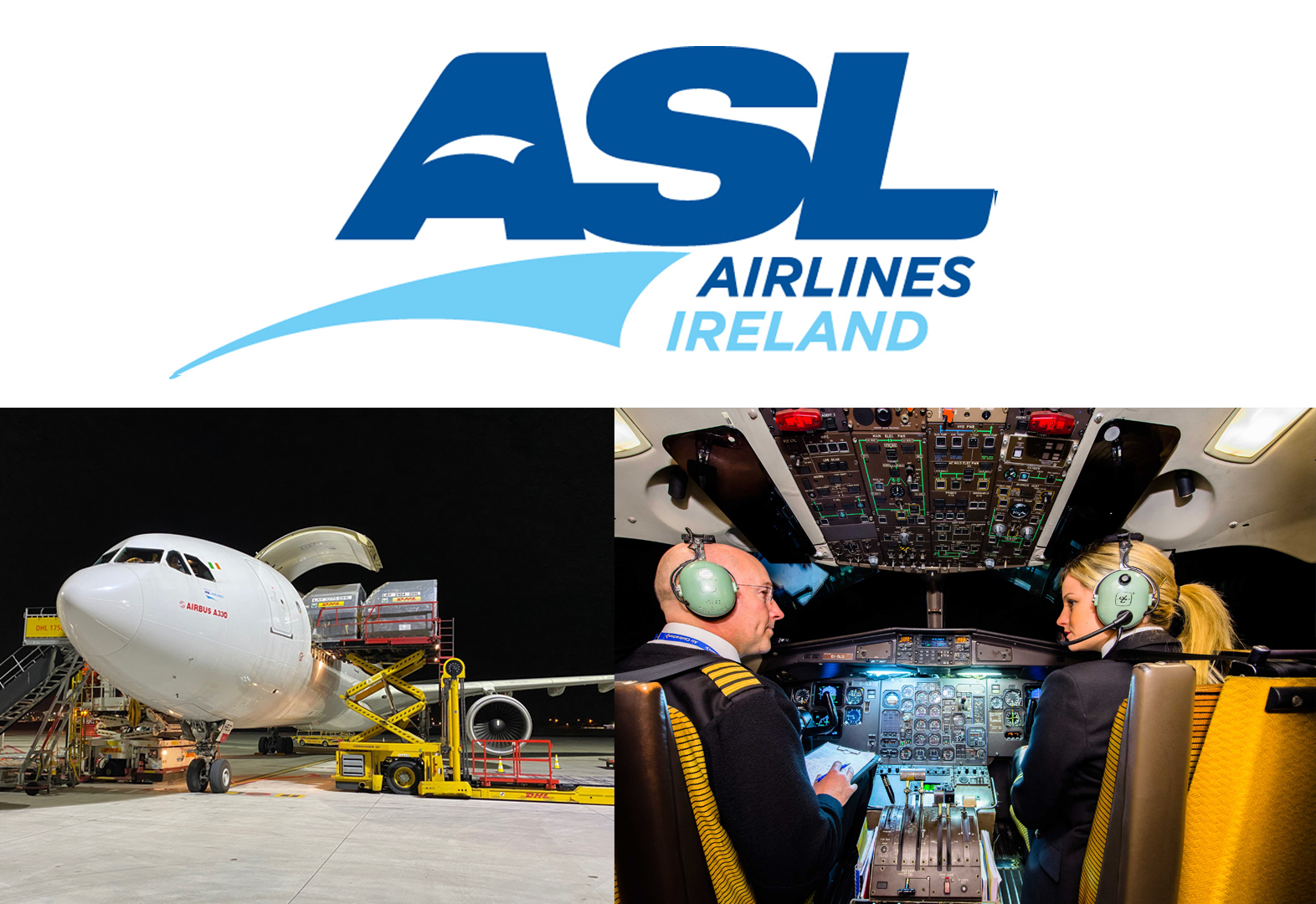 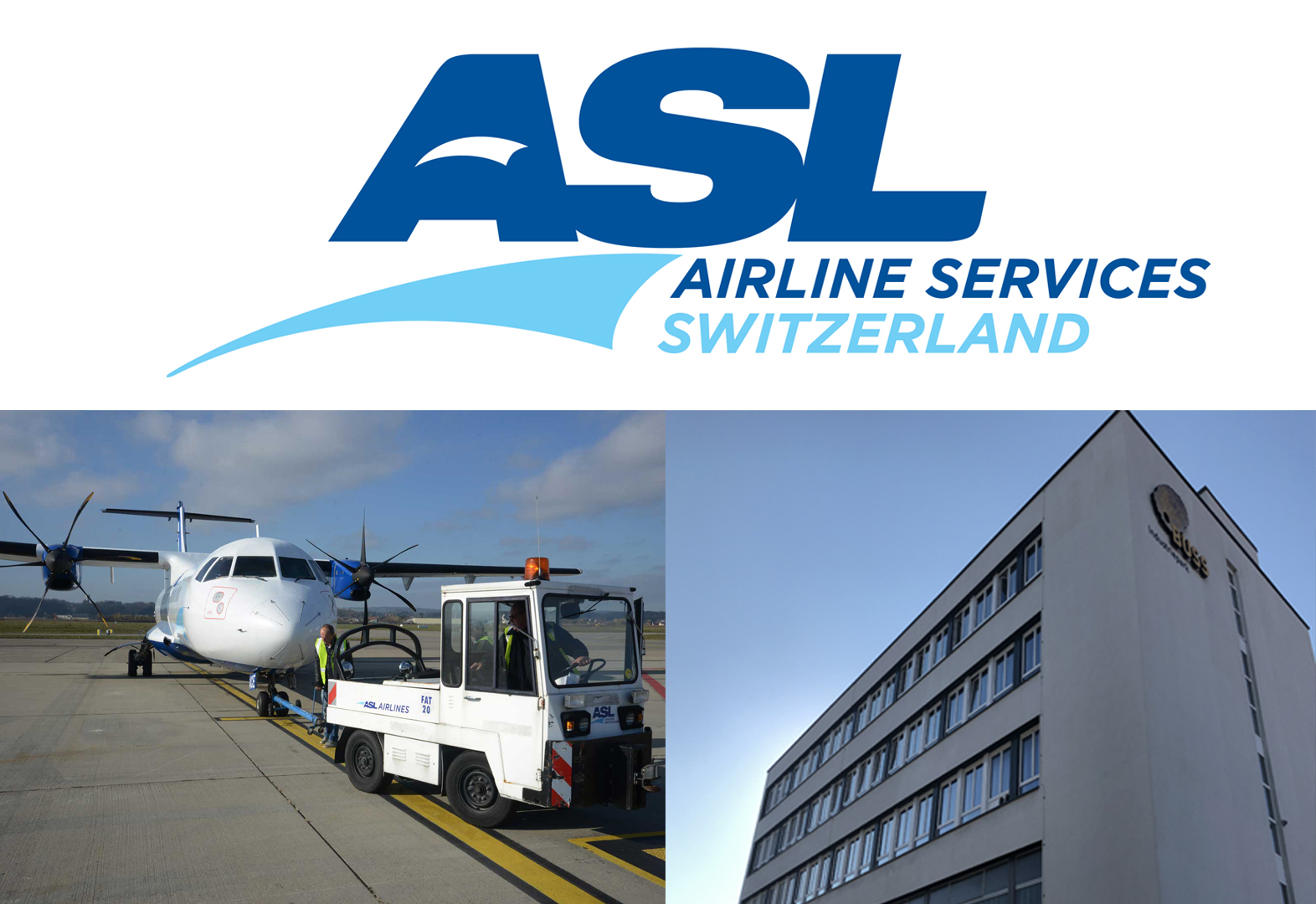 ASL Airline Services Switzerland is a leading services provider primarily for the express cargo sector. The company specialises in the provision of leased personnel and air transport technical services for global express integrators and parcel carriers.

The corporate office and main base is situated in Prattlen, Baselland, Switzerland.

ASL Airlines Services Switzerland provides full support CAMO Engineering Technical Services and personnel for long or short-term contracts, consultancy and project management services. The company is a key exponent in the use of the AMOS ‘Aircraft Maintenance Management System’.

Since 1984 the company has supplied its clients with high-quality, dependable aviation solutions, with an emphasis on flexibility and customer service.

Line engineer leasing is another service provided to ATR and B737 operators and the company additionally leases B737 aircraft to a number of operators in Europe and Asia.

is to be aviation provider of choice through excellence, experience and expertise 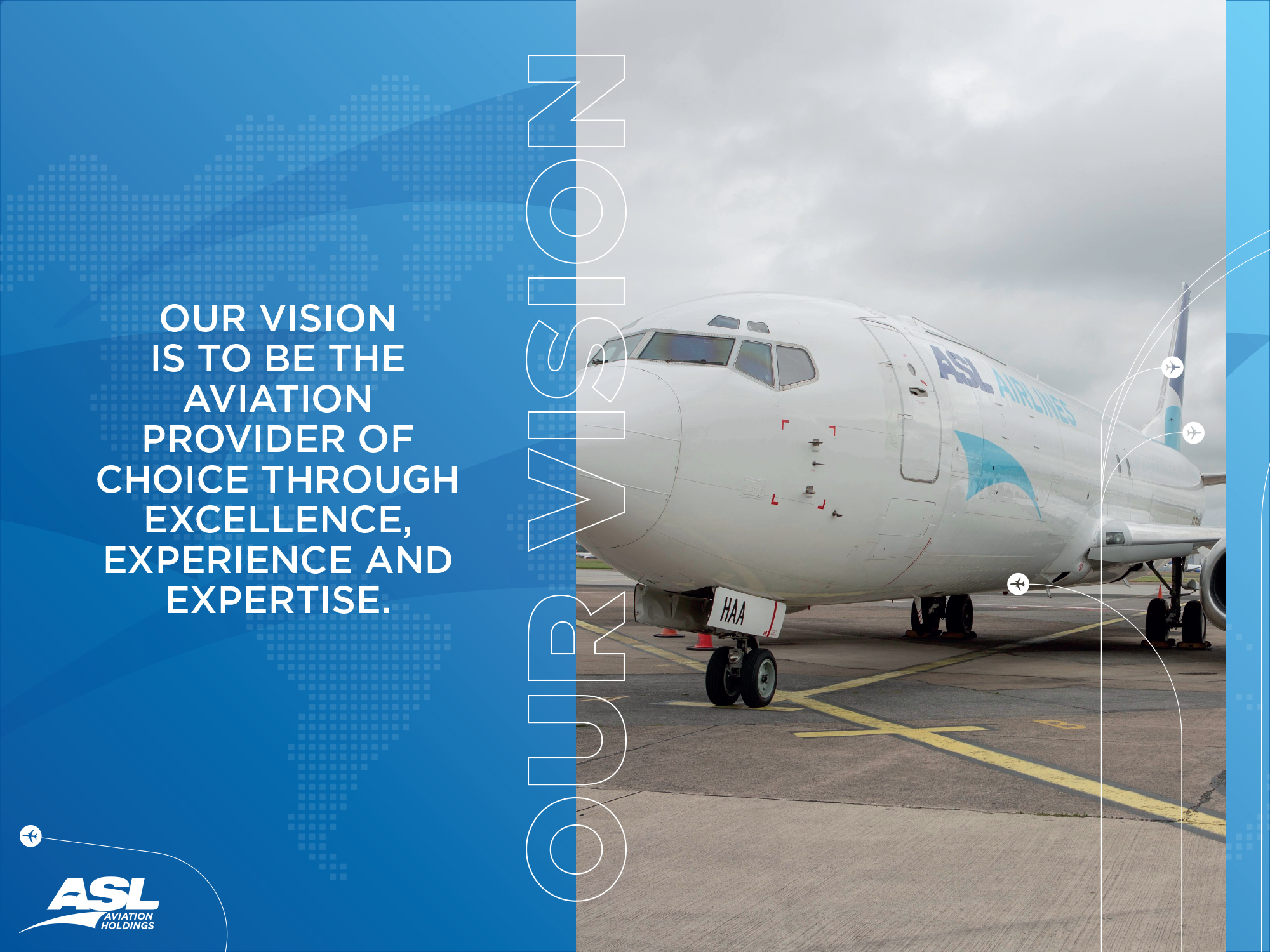 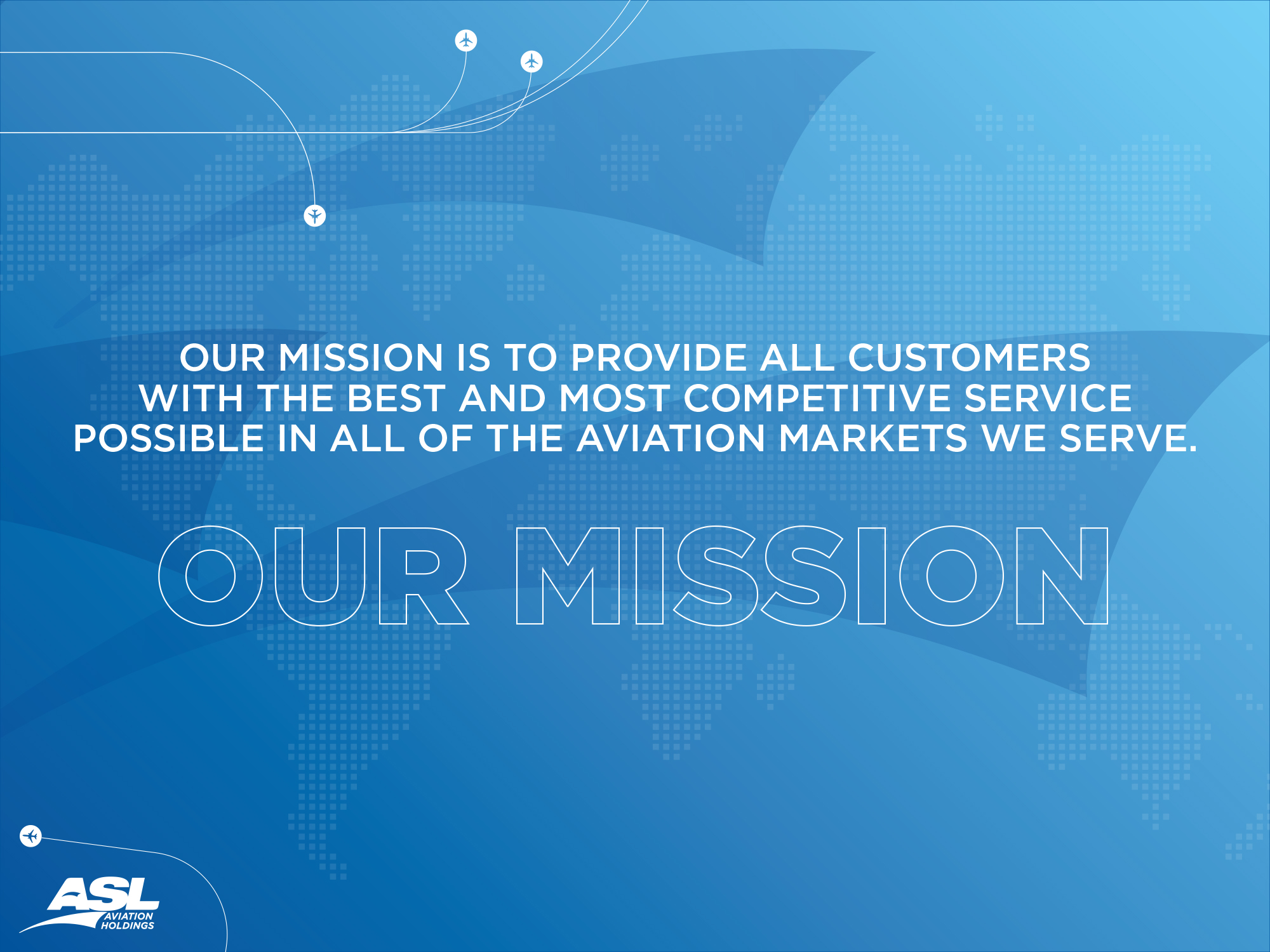 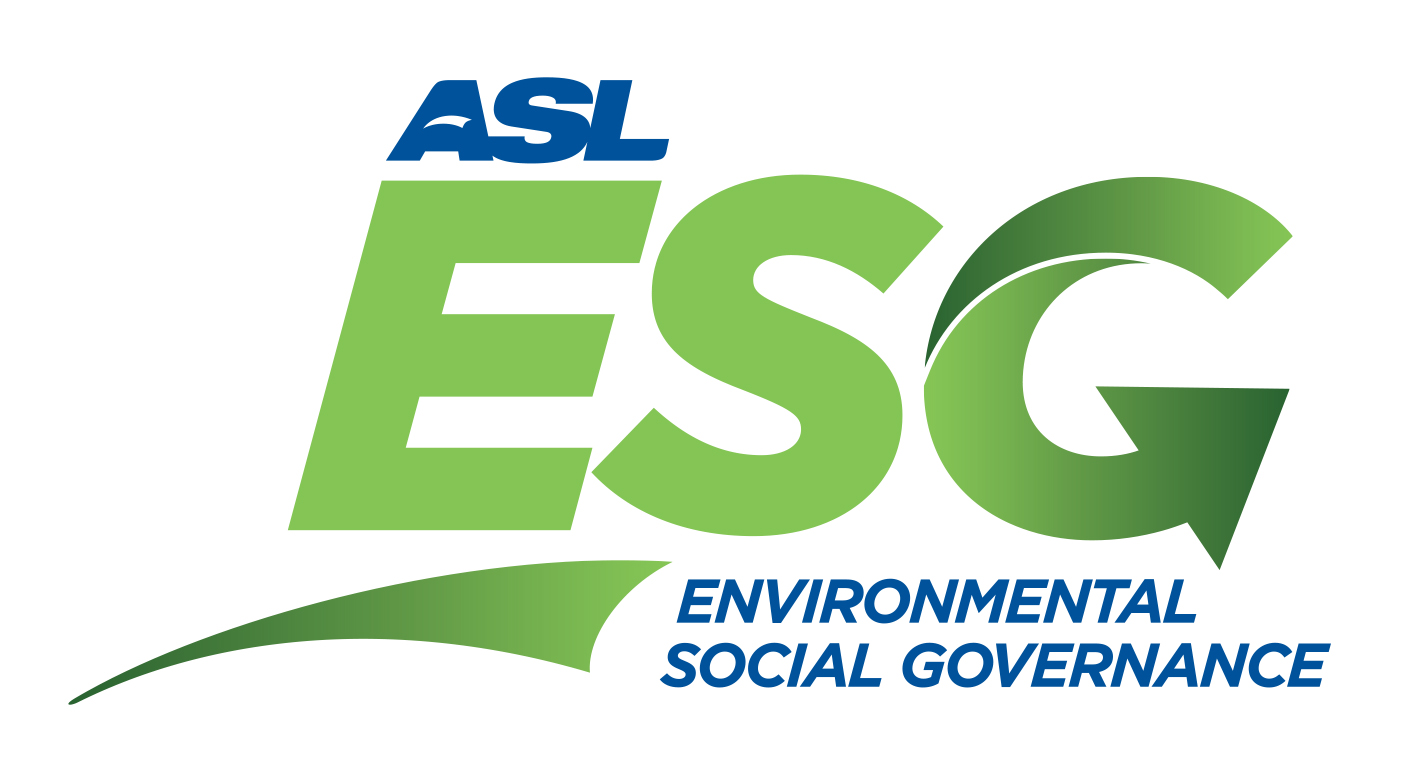 ASL’s ESG policy was introduced to further strengthen the Group’s unwavering commitment to operating safely and responsibly and in full compliance as promoted and protected by both our Safer Skies and Governance policies and procedures.

ASL’s vision is to be the ‘aviation provider of choice through excellence, experience and expertise’. This sustains ASL’s mission to provide all customers with the best and most competitive service possible in all the aviation markets we serve.

In 2020 ASL Aviation Holdings adopted a new ‘ESG Promise’ to reflect the Group’s awareness of its responsibilities to people and the planet.